Miley Has Grown Up

Pop singer Miley Cyrus has a life full of roller coaster rides. From being one of the most controversial celebrities to secretly tying the knot with Liam Hemsworth, Miley always grabs the attention. In the past few weeks, the Hunger Games actor and the singer have constantly been making it to the news. With a confirmed news of their separation, a series of blame game was witnessed by both the parties accusing each other for infidelity and drugs.

From the latest announcements, news about Liam filing for divorce on the grounds of ‘irreconcilable differences’ came out. Cyrus took it to her social media handle sharing a long post talking about her marriage and life.

In her post she wrote about her teenage partying phase where she advocated for weed, did drugs and cheated in many relationships. She agreed to the fact that her moves have made her being thrown out of Hotel Transylvania and probably has many nudes on internet.

Settling all the rumours about the reason of the split, Miley denied that her marriage ended because of the cheating. She also wrote that she has a foul mouth but never been a liar and her whole life is open and transparent to the public.

Expressing her love for Liam Hemsworth, the ‘Wrecking Ball’ singer wrote, “But the truth is, once Liam & I reconciled,I meant it, & I was committed. There are NO secrets to uncover here. I’ve learned from every experience in my life. I’m not perfect, I don’t want to be, it’s boring. I’ve grown up in front of you, but the bottom line is, I HAVE GROWN UP.”

She further added that she is moving forward in her life and the healthiest option for her was to leave her old life behind and move on.

Earlier even the Australian actor was seen sharing a note on his social media handle, wishing the singer a happy and healthy life. 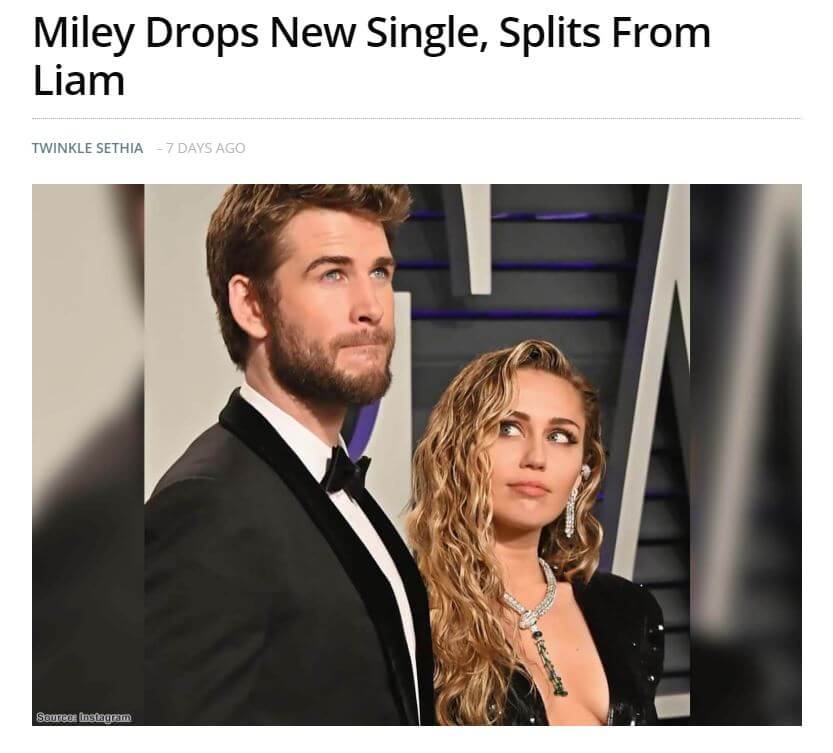