The makers of ‘Kannum Kannum Kollaiyadithaal’, dropped the film’s trailer to mark Dulquer Salmaan’s 33 birthday. The film is written and directed by Desingh Periyasamy, also stars Ritu Varma in the lead alongside Dulquer. Watch it:

The trailer features Sid (Dulquer), a happy-go-lucky guy who loves partying with his friends and is a racing enthusiast. While leading a peaceful life, things change when he falls in love with Meera (Ritu). The first half of the trailer plays out like a breezy love story until the tone changes with the entry of the villain, played by Gautham Menon. He plays the role of an antagonist who doesn’t hesitate to kill anyone. However, when Meera is in trouble with Menon, it falls upon Sid to rescue her, this adds an interesting layer which has made fans curious about the movie.

The one minute long trailer leaves you wanting for more and the makers have refrained from revealing the plot line. Instead, they have managed to arouse the curiosity of the audience.

Salmaan is also awaiting the release of his second Hindi film, ‘The Zoya Factor’, sharing screen space with Sonam Kapoor. Apart from this, he has a Tamil film, ‘Vaan’ in the pipeline. 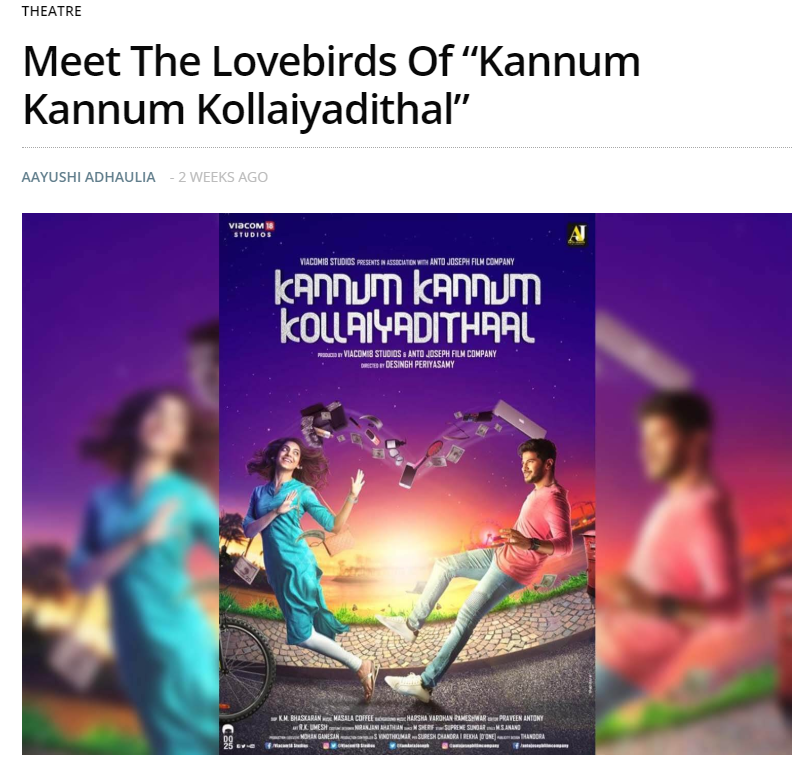