Shooting ‘Thank God’ in Mumbai, all thanks to the lead actor of the movie, Sidharth Malhotra, the first look is out!

Directed by Inder Kumar, the movie also stars Ajay Devgn and Rakul Preet Singh. Getting a sneak peek of the upcoming comedy, Sidharth Malhotra’s look from the movie is out where he’ll be seen in a cop avatar.

Sitting in a police jeep, the actor looked every bit of dashing in the police uniform and shades. Adding a funny caption to the first glimpse from ‘Thank God’, Sidharth Malhotra wrote, “Just on my way to say hi to Mr. Rohit Shetty😜🤪 P.s – Sneak peek from #ThankGod”.

Director Rohit Shetty is known for his cop universe films and has something to say along with his cop hero ‘Simmba’, Ranveer Singh. Have a look: 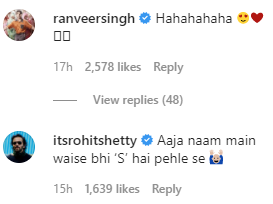 On that note, Mahesh Manjrekar’s directorial venture, ‘Antim’ starring Aayush Sharma comes in with a banger Monday. The first glimpse of the actor in gangster look as Rahuliya has been dropped on social media.

Made under the banner of Salman Khan Films, Salman Khan will also be seen in this action movie. Aayush Sharma shared the first look where you can see him effortlessly pulling off the fierce gangster look, wearing all-black outfit, beard, ring in one ear and kohled eyes for an added effect.

Here’s the first look of Aayush from ‘Antim’: