Block Your Dates, BQFF is Here!

The much anticipated fixure in Bangalore’s calendar, the Bangalore Queer Film Festival (BQFF) is starting its tenth edition today. A relaxed festival, with lots of mattress on the ground and people lying down, watching  films is the signature of the event. What makes it special is how through the films, a traditional notion of gender roles in the society and sexual orientation is challenged, transforming the general perception of queerness, giving equal rights to the LGBTQ community.

Thank you everyone for making this edition of the film festival a grand success! Much gratitude to @goethebangalore for being such a wonderful + warm venue partner. See you all, next year! . . #bqff2018 #bangalorequeerfilmfestival #queer #cinema #films #bangalore

The earlier editions have been very promising to the audience with over three hundred people attending the festival everyday. The films screened earlier tried to push the boundaries of sexual understanding and the panel discussions were on the topics of gender fluidity and equal rights. The question answer round where Nadika Nadja, one of the co-directors of the festival with Maline Jeevaratnam, was much appreciated by the crowd. 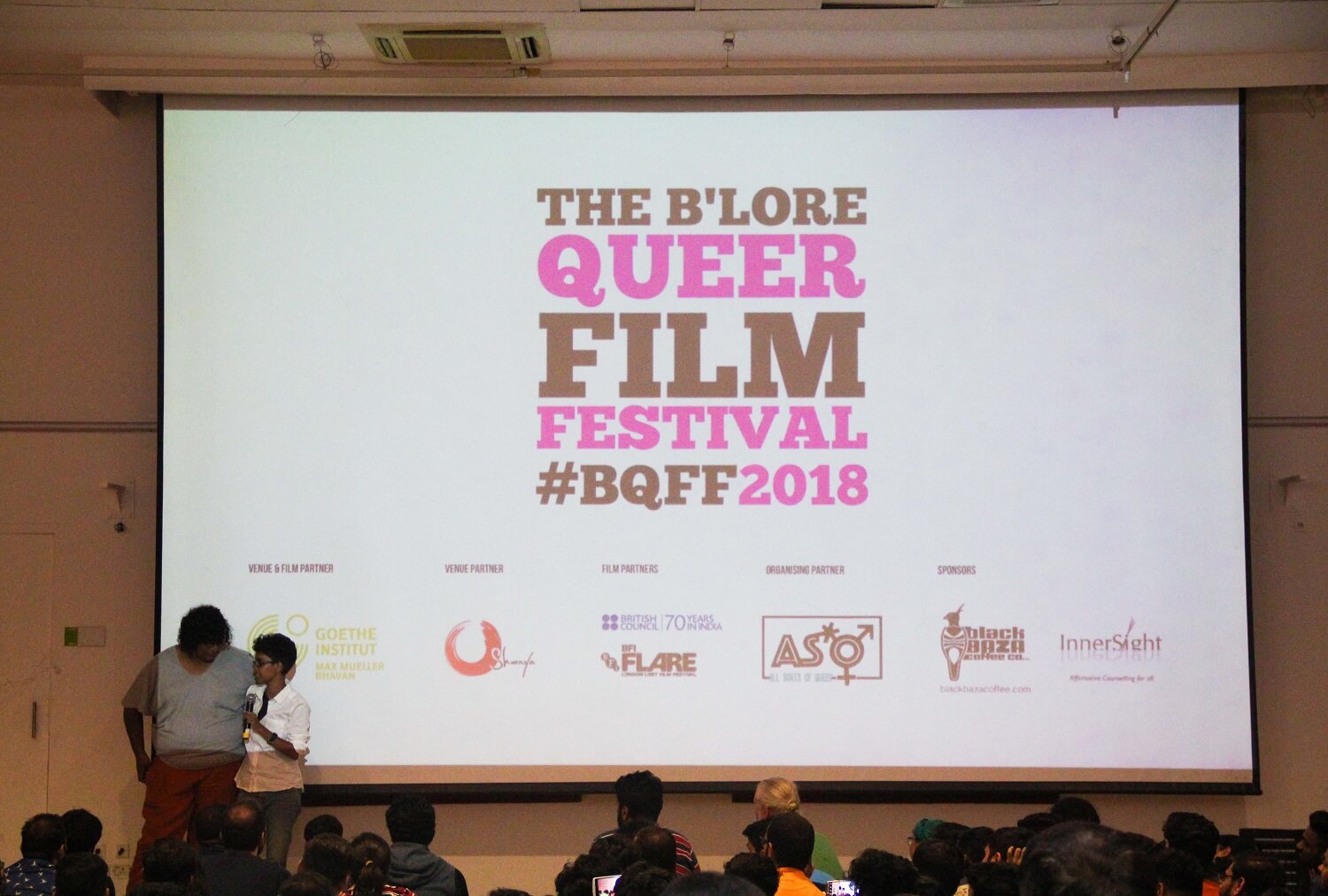 The event will feature 73 films from 27 countries across the globe, with the majority of entries from Asia. Since this is the 10 anniversary of BQFF, many filmmakers who have screened their films at the festival in previous years have been invited to attend and participate this year as well. The festival will also screen the short movies of Tathagatha Ghosh’s ‘Miss Man’, which is based on the struggles of coming in terms with the social norms, and Rohan Kanwade’s ‘ U Ushacha’, a lovestory of two women who are poles apart.

Along with the films, event will also have special performances and art exhibitions by queer artists and performers.

In partnership with New Delhi based non-profit Public Service Broadcasting Trust (PSBT), a series called ‘Engaging with Sexualities’ will highlight the short documentaries of debut filmmakers, exploring the subjects of sexuality, love, identity, desire, relationships, mental health and their own experiences.

This four-day-long affair will kick in from Thursday at Alliance Francaise de Bangalore. Before the screening of films, the festival’s curtain-raiser is scheduled for 6.30 PM today at Bangalore International Center, where Karnataka Rajyotsava Awardee, Manjamma Jogathi and her troupe will perform a folk dance. This year the screening is happening at two venues, Alliance Francaise de Bangalore and Goethe Institut. On Saturday and Sunday, the festival is organized at Goethe Institut/ Max Mueller Bhavan.

Have a glance at the events:

For the full schedule of the films, check here: https://bqff.in/schedule/