Forbes Travel Guide Star Awards: With the most stringent hospitality standards in the industry, all ratings are earned through the inspection process evaluating 900 objective criteria. The Forbes Travel Guide inspectors are always anonymous, paying their own way – so they have the same experience as a typical guest. To rate properties, the team of global inspectors stay at each hotel for a minimum of three days and two nights. Please note that the winners were surveyed both before the pandemic and once regional restrictions were lifted for guest visitation.

Forbes Travel Guide only awards the most luxurious hotels, spas, and restaurants with a Five, Four or Recommended Rating. 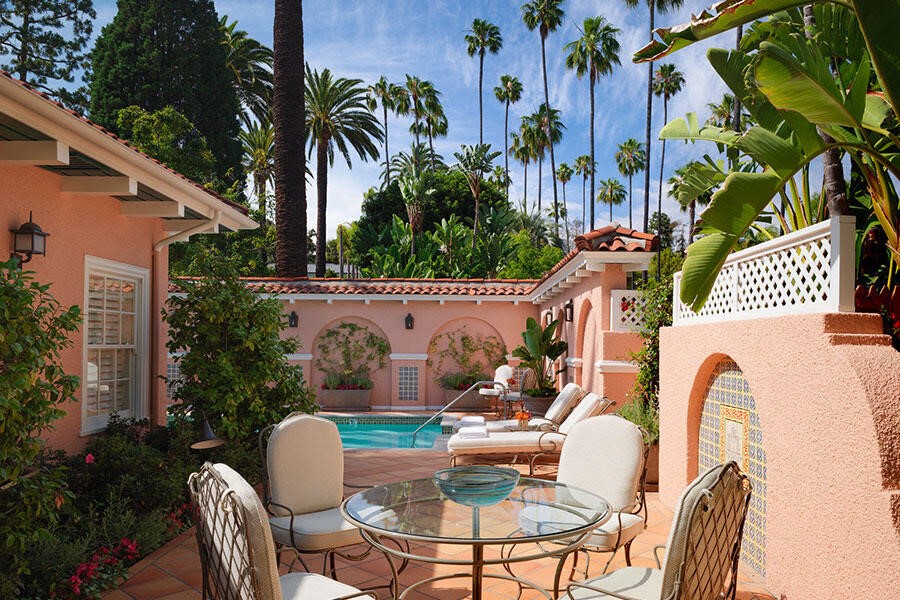 Welcoming each guest with a red carpet arrival, The Beverly Hills Hotel has been operating since 1912 and is one of the most sought-after places to visit in Beverly Hills. The fabled hotel scored top ratings from Forbes, with The Polo Lounge receiving a Recommended Rating from Forbes Travel Guide. The Beverly Hills Hotel continues to welcome celebrities, royalty and leaders from around the world with luxurious accommodations, exemplary service and unrivaled beauty. Frequented by generations of film industry icons from Marilyn Monroe to Elizabeth Taylor, the hotel offers 210 guest rooms and suites, including the 23 famous bungalows inspired by the legendary guests that once stayed there. 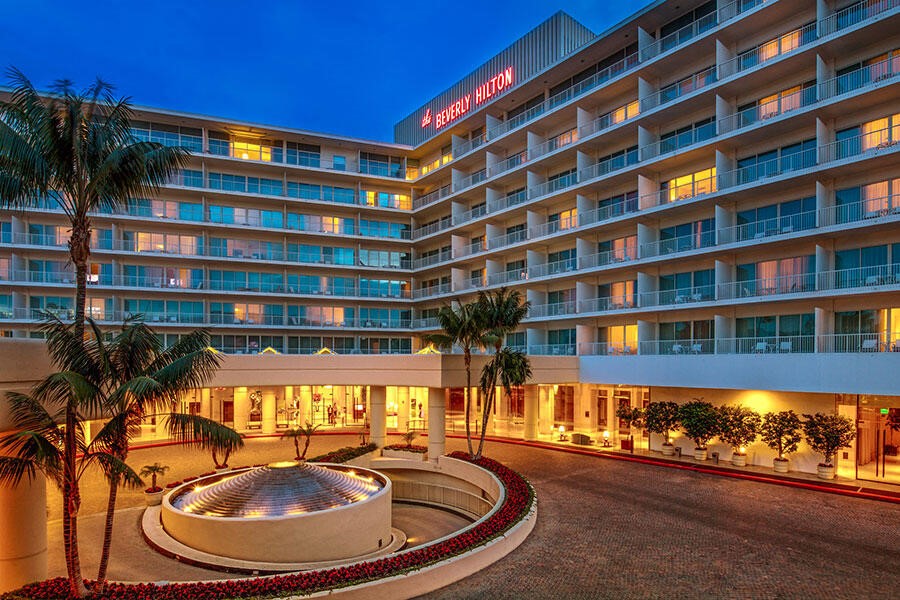 Since 1961, Hollywood’s elite have gathered inside The Beverly Hilton for the annual Golden Globe awards. Of the hotel’s 569 guest rooms, 101 are suites which range from 500 to 1,100 square feet. The hotel welcomed the city’s first biohacking gym, Upgrade Labs, a futuristic health haven offering over 15 customized high-tech experiences for the brain and body and boasts the largest heated hotel pool in Beverly Hills, which Angelina Jolie once jumped in to celebrate her Golden Globe win, while still wearing her Randolph Duke gown. 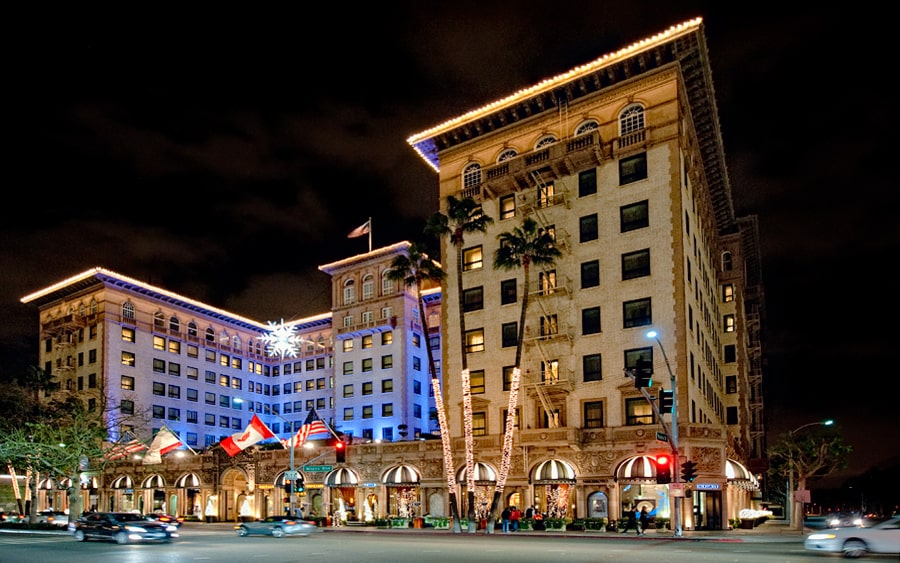 Located at the base of Rodeo Drive sits the historic Beverly Wilshire, A Four Seasons Hotel. This Forbes 4-Star hotel was once home to Warren Beatty and Elvis, whose adoring fans would release balloons containing love notes up toward his terrace. The Spa at Beverly Wilshire received its fifth consecutive Forbes 5-Star rating this year, as a result of many of its unique offerings. Wolfgang Puck’s CUT Beverly Hills, located inside the hotel, has earned Forbes Recommended restaurant rating. 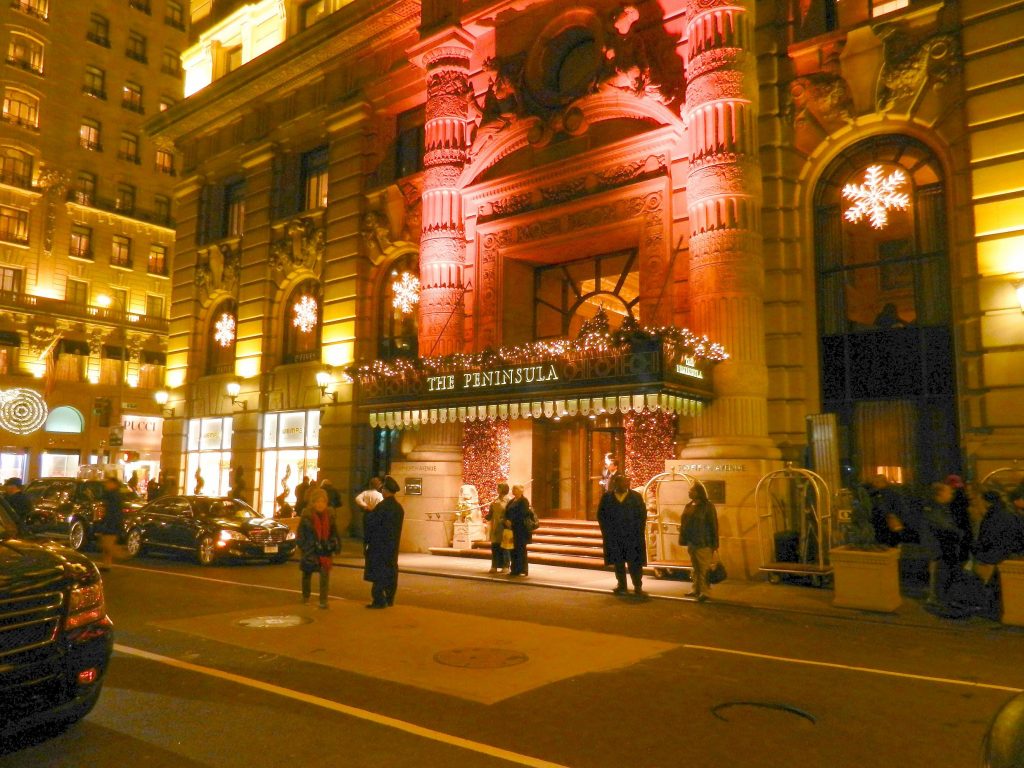 The Peninsula Beverly Hills is the only hotel in Beverly Hills to earn top ratings from the Forbes Travel Guide and AAA Diamond Rating systems for over 25 consecutive years. The hotel offers 195 guest rooms, including 38 suites and 17 private villas, a rooftop pool surrounded by private cabanas, a tranquil spa, two full-service restaurants and a fleet of customized Rolls Royce and BMW house cars. The Peninsula Spa offers innovative treatments, such as gemstone massages and facials that use LED light therapy, as well as better-known experiences, including hot stone massages and reflexology. The hotel’s signature restaurant, Le Petit Belvedere, has also been recognized with a Forbes 4-Star rating. 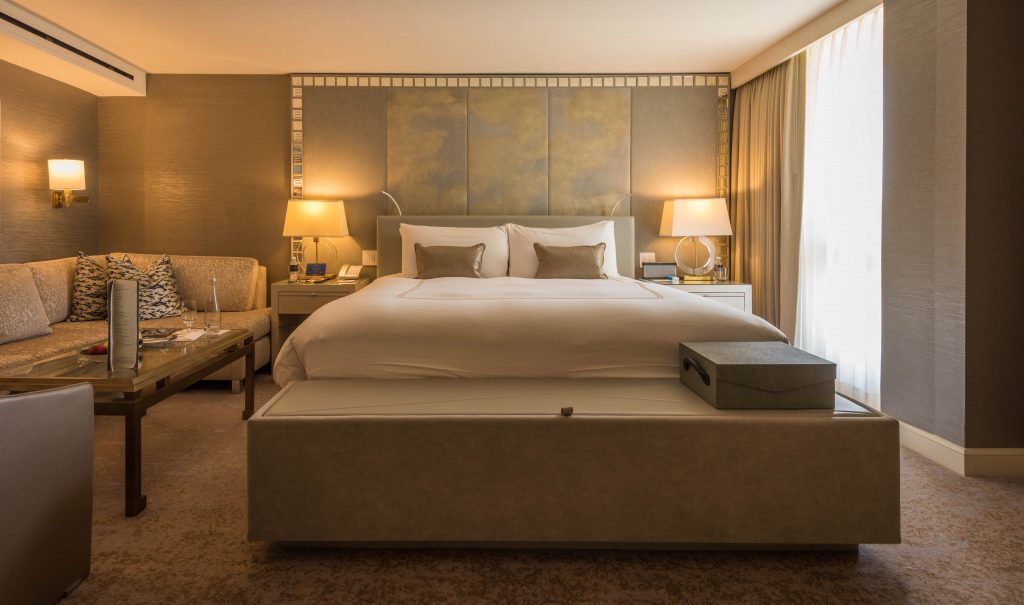 With an underground garage with a red carpet entrance to the hotel, guest room doorways tucked into corridors instead of the main hallways, and the option to be escorted directly to their room bypassing the front desk, guests seeking privacy will find all that they need at Viceroy L’Ermitage Beverly Hills. Perfectly situated near the city’s Golden Triangle, this hotel features the largest guest rooms in Beverly Hills, ranging from 650 to 3,700 square feet, and a heated rooftop pool which offers private cabanas and breathtaking views of the Hollywood sign and surrounding area. 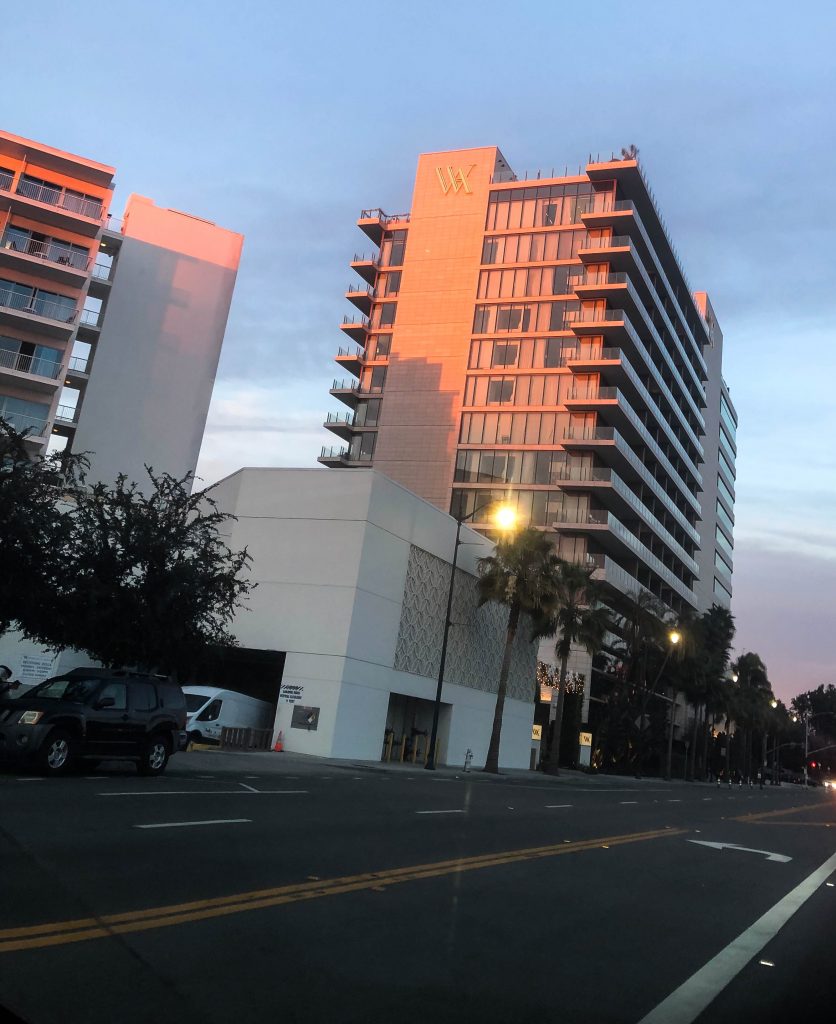