Announcing the Return Of the National Barista Championship 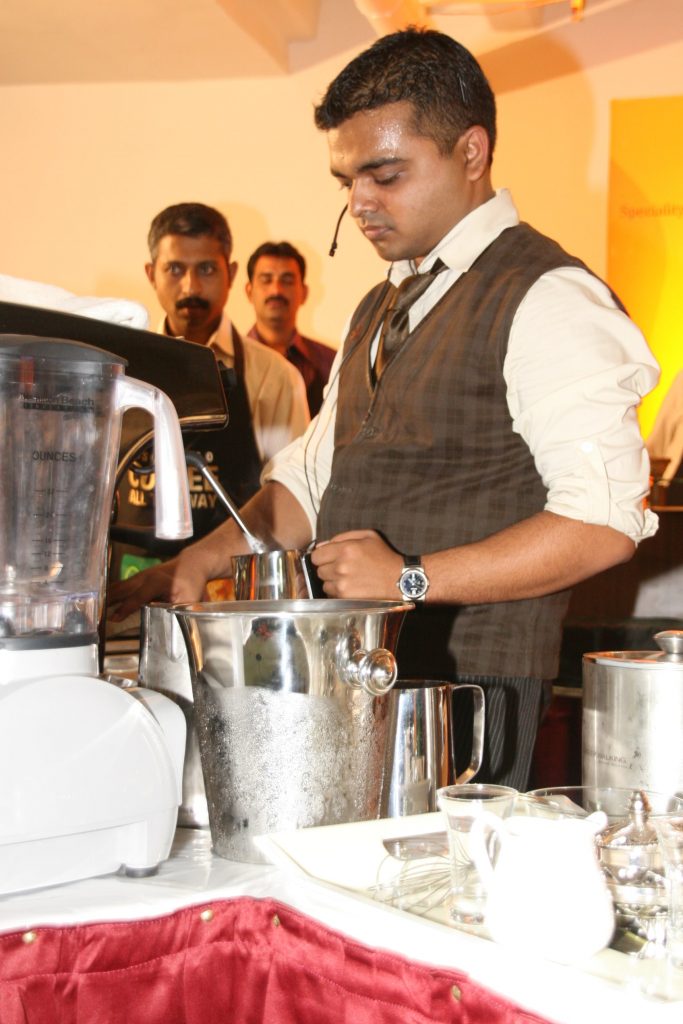 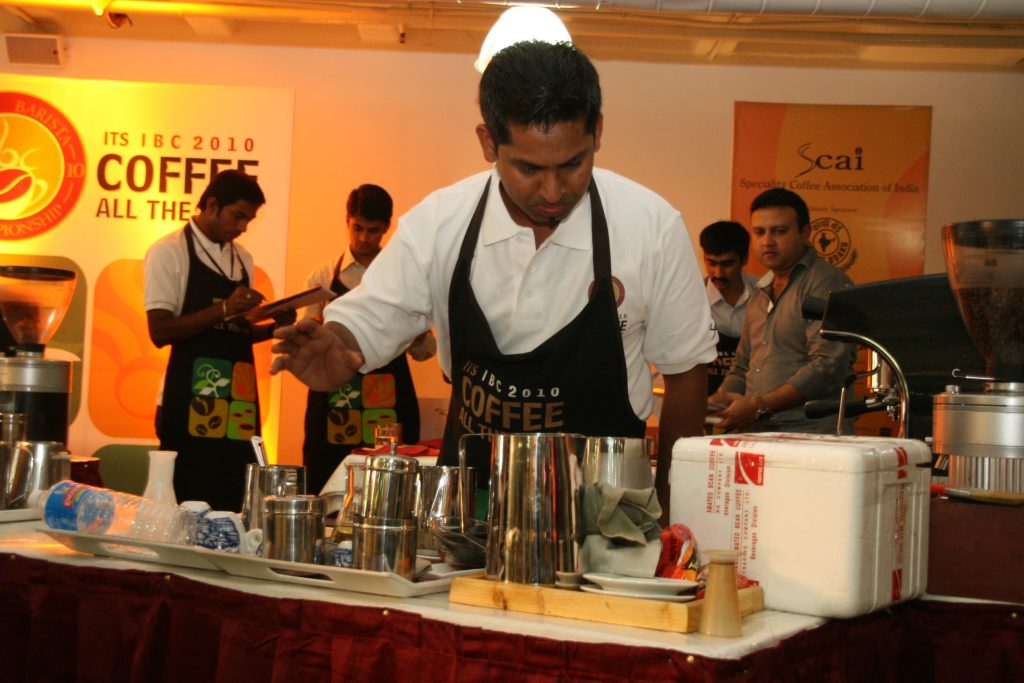 A barista is a “coffee artist/coffee maker” who works on an Espresso Machine and prepares, decorates and serves coffee to customers. Baristas have extensive knowledge about coffee beans, grinding, roasting, extracting and frothing milk.

One starts off their morning ritual with a preferred cup of Joe that helps increase energy, and productivity levels revitalise their spirit and enhance performance. What defines one’s favourite brew varies according to the person’s inclinations and liking; the type of coffee, roasting method, type of grind and how it is brewed; each creates a completely distinctive flavour. The importance of catering to each person’s unique taste buds creates the ever-expanding demand for coffee, and therefore, the demand for baristas. NBC aims to offer just this; a competitive platform to find the country’s finest baristas who will cater to everyone’s coffee needs. 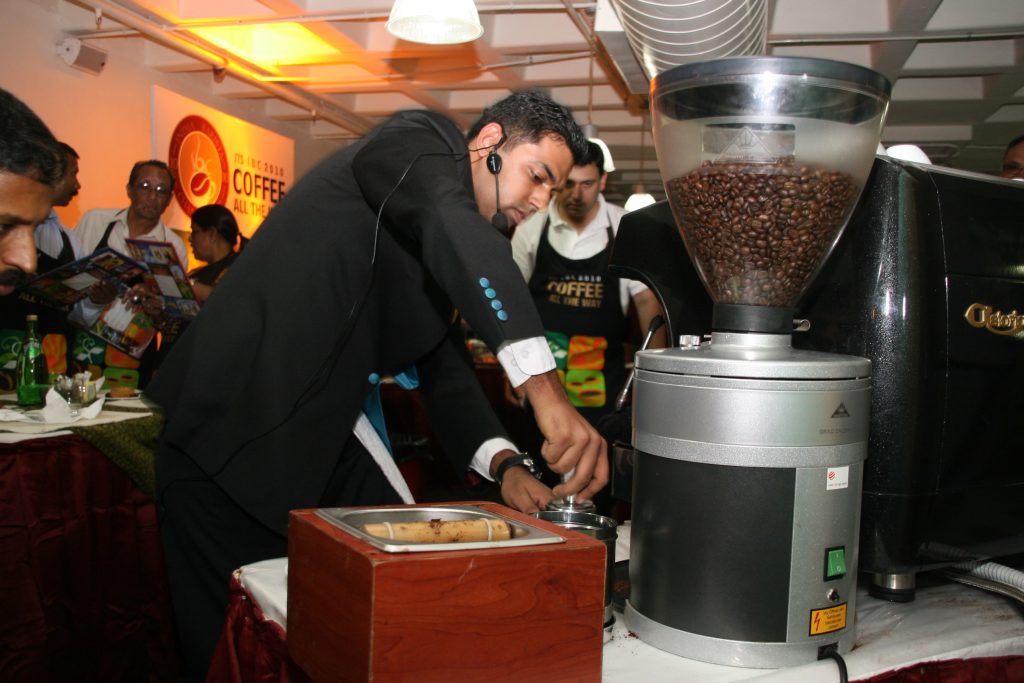 First conceptualised in the year 2001, NBC has evolved over the years to become the event that marks the broad reach and success of the coffee fraternity in India. To encourage healthy competition and synergy in the coffee community, NBC has strengthened awareness about the beverage as well as the profession in the domestic market. Previously held 19 times, the essence of the event represents the importance of the country’s coffee industry.

“India has an ever-growing coffee culture and what better than sharing our coffee culture with a global audience? NBC provides immense opportunities for baristas to showcase skills on a national scale and the winner on a global scale. This event has created recognition for the Barista community and has encouraged many young, passionate individuals to take up this exciting profession. The Indian Coffee Board along with SCAI and UCAI, through NBC, has created awareness about high-quality domestic coffee and the Indian coffee industry will soon be a top player in the global market.” says Mr DM Purnesh, the President of SCAI. 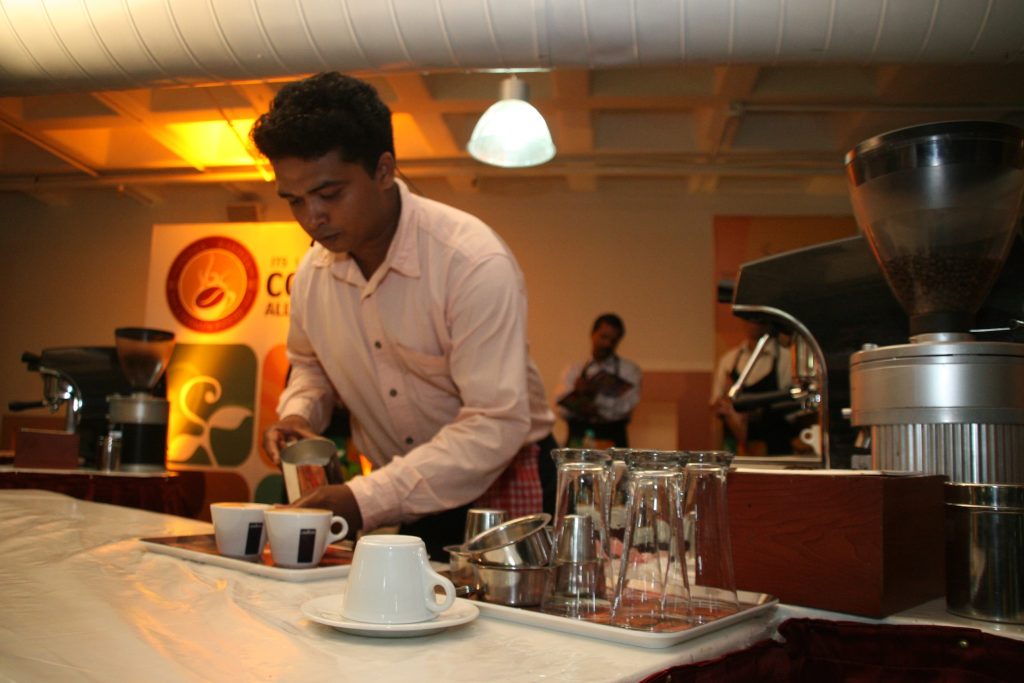 The NBC is set to be held at the prestigious Orion Mall, Bangalore on Dr Rajkumar road, for 5 days. The preliminary rounds will be conducted between the 2nd and 4th of August & the winners of this round will then progress to the semi-finals on the 6th of August.

The finale then will be held on the 7th of August 2022. Word Coffee Events representative – Ms Seonhee Sunny Yoon of South Korea will be the Head Judge for the Semi-Finals and Finals of NBC 2022 along with Mr Jagadeesha, (IAS) CEO & Secretary, Coffee Board of India. 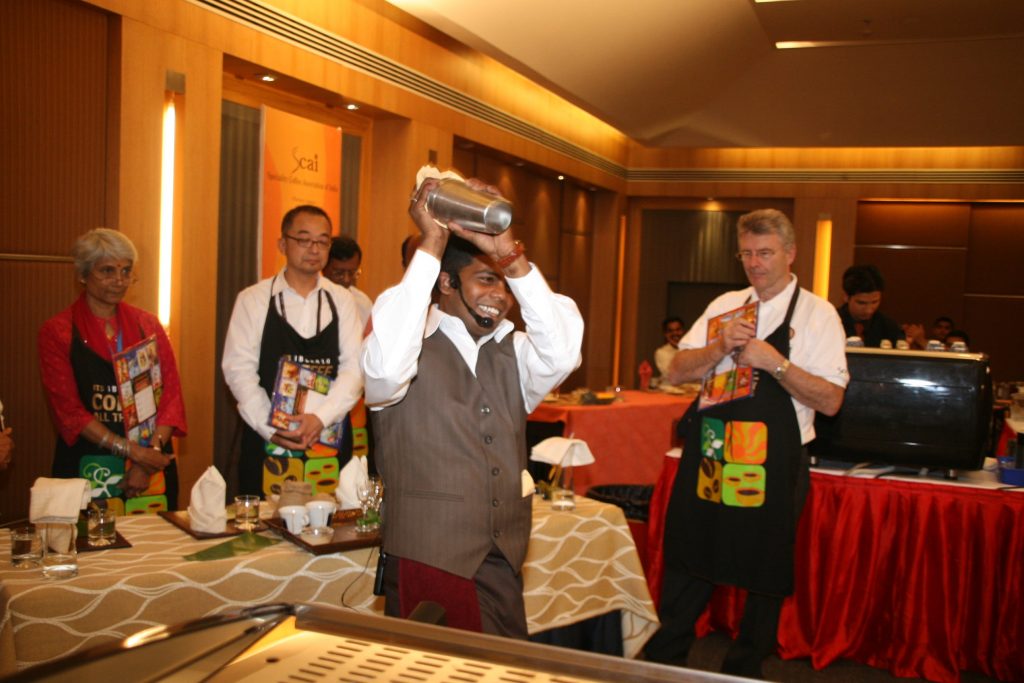 The competitive rounds will require each contestant to showcase their skills & focus on different aspects of the coffee creation process – flavours, attention to detail, accuracy, creativity, and diligence.

The declared national champion will get a chance to then compete on a global scale at the World Barista Championship in Melbourne, Australia, from 27th to 30th September 2022.

NBC is one such championship which has grown exponentially giving birth to world-famous baristas. These baristas have achieved substantial prominence in the industry as successful entrepreneurs as well. It is competition for the best of the best & only one man/woman will come out victorious. But make no mistake, the other participants take home an abundance of knowledge which will help them in future endeavours.

NBC was started in 2001 by The Coffee Board of India and the Speciality Coffee Association of India. The last 5 times, UCAI has taken up the responsibility with The Coffee Board and has successfully conducted the event. Previously conducted 19 times, the 20th edition will be conducted this year, and is expected to be bigger and better than ever before.