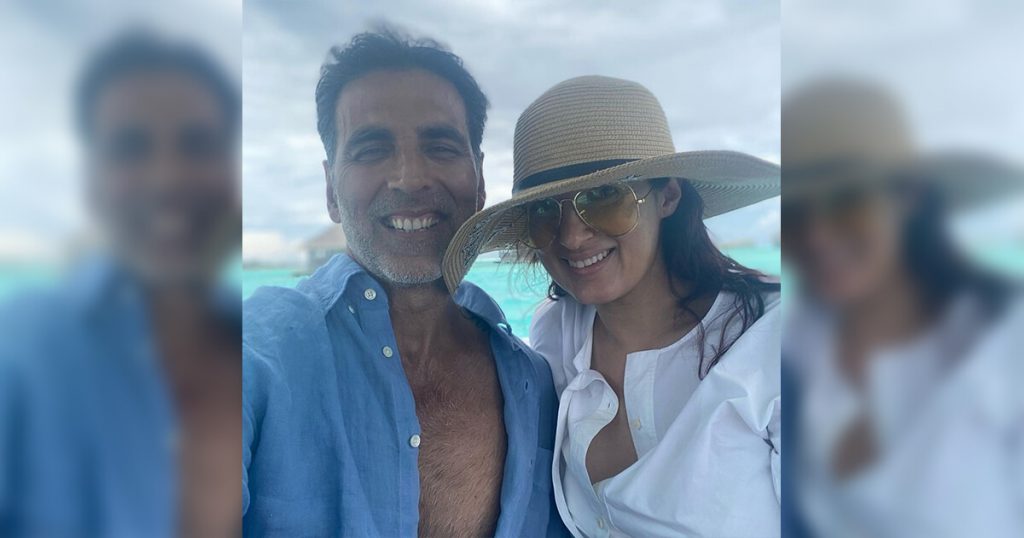 Having one of the most hectic and tight schedules in Bollywood, Akshay Kumar jetted off to enjoy some family time.

Sharing pictures and videos from his vacation, the ‘Khiladi’ superstar posted a hilarious video on Instagram where he is seen going down his villa’s water slide. Struggling to do so, he used his daughter Nitara’s fish floating tube and sat on it while sliding towards the blue waters. Tumbling into the ocean, one can hear his little girl laugh in the background.

Enjoying the “last day of the holiday” in Maldives, Akshay also asked his fans to “guess who insisted I slide down using her favourite fishy and had a good laugh.” Watch the video:

On the work front, Akshay has an array of movies lined up, will also be seen in ‘Ram Setu’, ‘Bachchan Pandey’, ‘Atrangi Re’, ‘Raksha Bandhan’ and ‘Bell Bottom’.

20 Years Of Being In Love, Ayushmann-Tahira!