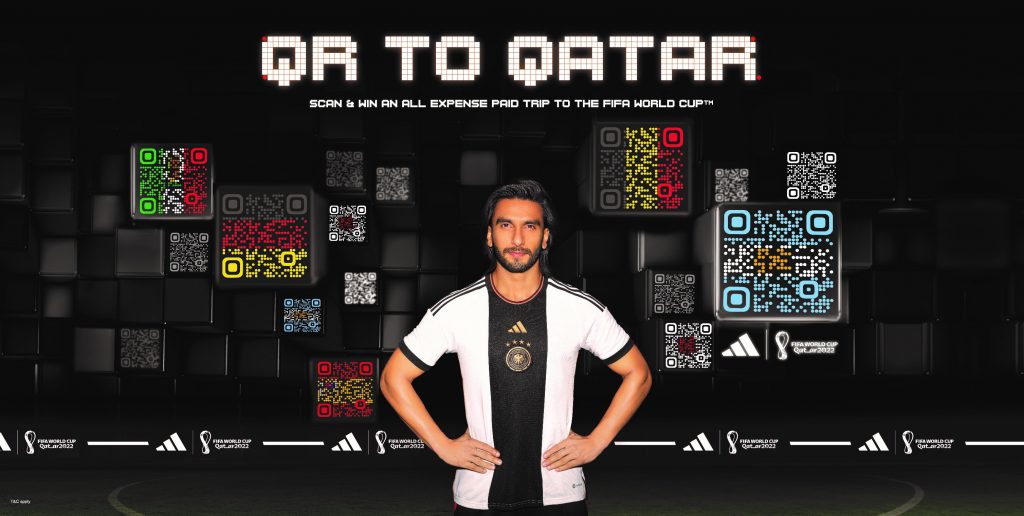 The film includes a digital integration of a QR Code that takes the consumer to a live raffle to win many exciting prizes, amongst which many lucky winners will get an all-expense paid 4-day trip to the FIFA World Cup™ that covers flight tickets, accommodation & 2 match tickets for the lucky winners and their plus ones.

Speaking about the campaign, Bollywood star Ranveer Singh said, “I am absolutely stoked to kick off the FIFA World Cup™ celebrations with adidas in the ‘QR to Qatar’ film! Being a football fan myself, I know the excitement that comes with the opportunity of experiencing the FIFA World Cup™ first-hand. What I love is the concept of this film, all you have to do is scan the QR Code for a chance to win a trip to the FIFA World Cup™. I urge everyone out there to get scanning right away and get ready to go to Qatar!”.

Speaking about the campaign, Sunil Gupta, Senior Director, adidas India said “QR to Qatar’ is not just a film for us, it is the beginning of the FIFA World Cup™ festivities. Every once in four years, the world unites for this phenomenal global sporting event. Our consumers are at the heart of everything we do and this film gives us a chance to give them an experience like no other. And who better to relay this excitement than our brand ambassador and a true football fanatic—Ranveer! We are absolutely elated to kick off the celebrations for the FIFA World Cup™ with him.”

About adidas in Football