ABPentered a first of its kind partnership with Professional Golf Tour of India (PGTI) to be the digital media partners for its various golf tournaments to be held in 2021. It has become the first Hindi news network to cover a golf tour in the country and broadcast it live on its digital platform – ABP Live, and its associated social media platforms. 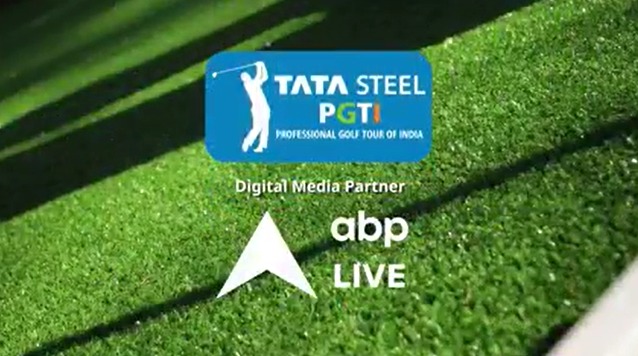 Mr Avinash Pandey, CEO, ABP Network, commenting on the partnership said, “While golf is rising as a sport in India, we at ABP believe that Golf should be made accessible to the masses of the country and ABP with its widespread reach and popularity strives to make this possible.”

The partnership launched in October with the coverage of the first leg of the 5 City, Tata Steel PGTI, MP Cup 2021 held in Delhi. The event was inaugurated by the MOS for External Affairs and CultureMrs. MeenakshiLekhi who, during the presentation ceremony, remarked that golf is perceived to be a sport of the elite, but it is played by people from all sections of society and even provides economical support for many. The Minister said it is great that ABP is streaming the tournament live and popularising the sport with the masses. She presented the award and a cash prize of Rs. 11, 31,550 to VirajMadappa, who won the Delhi leg – Tata Steel PGTI, MP Cup 2021.

The next leg of the tour in Jaipur was also taken live on ABP and the 4 days of coverage got more than 2 million views just on ABP FB Live itself. The upcoming legs of this tournament would witness over 300 professional golf players, including Olympians and past winners vie for a chance to lift the 1.5 crore rupee title. The three remaining legs of the tournament to be held in Chandigarh, Kolkata and Jamshedpur will be hosted Live as part of this unique agreement. Mr. Kapil Dev, Director with the PGTI and a veteran promoter of golf also expressed his excitement at this collaboration of PGTI and ABP aimed at strengthening the sport and its popularity.

Golf enthusiasts in India and all over the world would be able to watch and enjoy every drive and putt of the tournament, as it happens, across the digital platforms of ABP Live. Commenting on the development, Mr Avinash Pandey, CEO, ABP Network, said “Over the last few years, we have been aggressively looking towards ramping up our offerings in the sports segment like Kabbadi and Olympics, while not remaining restricted to cricket. This initiative of broadcasting golf is in line with the larger goal. It’s a prestigious moment for the network to associate with PGTI and facilitate a pan-Indian viewership for the tournament.”

PGTI is the internationally recognised controlling body for professional golf in India which is included in the Official World Golf Ranking (OWGR) system. PGTI’s objective is to promote professional golf in the country and create more competitive playing opportunities for its members. ABP is geared towards hosting Live the remaining legs of the tournament from Chandigarh on 13th and 14th November, Kolkata on 27th and 28th November and Jamshedpur on 18th and 19th December 2021. More than 100 million users of ABP Live would be able to watch the live telecast of the tournament. To know more and see future matches please watch ABP Live– golf.abplive.com.

An innovative media and content creation company, ABP Network is a credible voice in the broadcast & digital sphere, with a multi-language portfolio of news channels reaching 535 million individuals in India. ABP Studios, which comes under the purview of ABP Creations – the content innovation arm of the network – creates, produces, and licenses original, path-breaking content outside of news. ABP Network is a group entity of ABP, which was incorporated almost 100 years ago and continues to reign as a leading media company.

The Amazon Original Series GoodOmens 2 BeginsProduction in Scotland, Reuniting Its Company of Players