After signing the Memorandum of Understanding (MoU) with the India Electronics and Semiconductor Association (IESA), SIA takes another step towards resolving the problems related to the production of semiconductors by meeting the Government of Karnataka. 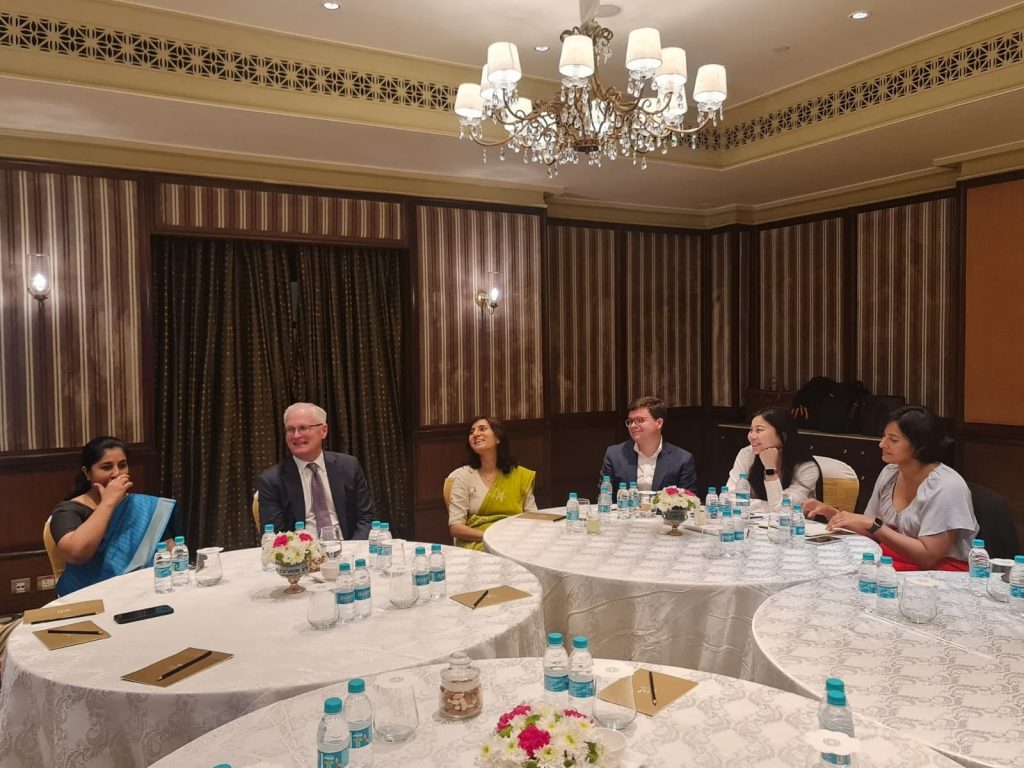 Recently, these top trade association representing the U.S. semiconductor industry has signed a Memorandum of Understanding (MoU) with the India Electronics & Semiconductor Association (IESA), the premier trade group representing India’s semiconductor and electronics systems design and manufacturing industry. Under the MoU, both associations will assist each other as the main counterpart organization on semiconductor-related matters within India and the United States and will co-organize meetings and exchange of data and views on policies and processes that will help to accelerate the cooperation on topics of mutual interest on a continuous basis..

Both organizations will also co-organize joint events (virtual or in-person) to explore potential opportunities for U.S.-India cooperation within the global semiconductor value-chain.

Commenting on the meeting and interactions, Ms. Gunjan Krishna, IAS, Commissioner for Industrial Development and Director, Department of Industries & Commerce, Government of Karnataka said, “Karnataka has sector-specific policies to boost overall industrial growth in the state. We have exclusive policies for the ESDM sector to make sure we are providing the best possible incentives and infrastructure for investors. We are working closely with both industry and Govt stakeholders to build design and manufacturing capabilities. Meeting with SIA leadership team today in this context to explore opportunities to collaborate more with the global giants of Semiconductor industry and thereby attract more investments to the state of Karnataka is big moment for the state”

“SIA had a productive and candid discussion with Commissioner Gunjan Krishna today. Not only were we touched by the hospitality of her office, but also enthused by the state government’s efforts to attract new players to the existing semiconductor ecosystem. We look forward to continuing these important conversations and helping our members connect to the state’s policymakers” John Neuffer, President and CEO, Semiconductor Industry Association (SIA) said

K Krishna Moorthy, CEO & President IESA, comments, “For IESA this interaction of the SIA delegation led by John Neuffer, with the Government of Karnataka is very important since Karnataka and Bengaluru in particular are the electronics and semiconductor knowledge capital of India. The SIA delegation got to know in detail the specifics of the many sector-specific policies, support systems, and infrastructure from the state government and also learned about the success stories the state of Karnataka has created over the years in the ESDM industry. It was a very good and detailed interaction the State government had with the SIA team today and happy to see that SIA assured cooperation with the state from their members”

Since 1977, the Semiconductor Industry Association (SIA) has been the voice of the U.S. semiconductor industry, one of America’s top export industries, and a key driver of America’s economic strength, national security, and global competitiveness. SIA advances policies that help the industry grow and unites semiconductor companies around common challenges, and we seek to strengthen U.S. leadership in semiconductor manufacturing, design, and research by working with Congress, the Administration, and key industry stakeholders to encourage policies and regulations that fuel innovation, propel business, and drive international competition. For more information, please visit – https://www.semiconductors.org/

INDIA ELECTRONICS AND SEMICONDUCTOR ASSOCIATION (IESA) is the premier trade body committed to the development of a vibrant Indian Semiconductor and Electronics System Design and Manufacturing (ESDM) ecosystem. IESA works with the Industry, Governments and Academia to foster a vibrant semiconductor and electronics systems design and manufacturing Industry in India.