The insightful, enjoyable read is published by Hachette India and is perfectly timed for presentation just before Valentine’s Day. Complete with dreamy marriage proposals, finishing school catfights, sound economic theory, bossy aunts and a courageous heroine who decides to swim against the tide, the book is delightfully written with great attention to detail, describing perfectly the nuances of Indian society in the early 1990s when economic liberalization unfolded with dramatic flair.

After being dumped by her long-time boyfriend for a girl from a family with the ‘correct’ values, a heartbroken Arzu escapes to New York with her haughty aunt Parul, who is determined to find a suitable match for her niece. But little does Parul Bua know that Arzu is using her newfound independence in New York not to hook a rich bachelor, but to secretly study. Away from the eyes of Bombay society, Arzu becomes her own woman entirely skipping Finishing School to enrol in Columbia’s journalism programme, going on adventures with girls from the ‘wrong families’ and discovering her own capability as she fully understands the potential of 1991’s economic reforms for India. Filled with the fire of knowledge and confidence, Arzu soon finds herself on the brink of an idea that could change the nature of an entire industry back home.

Now, even as Arzu negotiates catty Finishing school fights and evades the charm of her many suitors in New York, she must prove her worth to her investors so as to silence her critics. The question remains: Can someone who has always played second fiddle to the men in her life discover how to become the heroine of her own story?

The granddaughter of veteran film-maker Devendra Goel (Dus Lakh, Ek Phool Do Mali), Riva has been raised in a family of storytellers. She is  a recent graduate of New York University, where she studied with novelist Tishani Doshi, (The Pleasure Seekers) and Miguel Syjuco (Ilustrado). She has honed her storytelling skills in Paris, Florence, Abu Dhabi and New York, and the constant relocation in her formative years made her a relentless writer- an outsider trying to make sense of an ever-changing landscape by jotting it down in the fictional journeys of Heroines. The more she moved between cultures, the more she began to examine her own North Indian upbringing to realise that there was a lack of representation of strong-minded and ambitious millennial women in popular Indian fiction who also longed for romantic fulfilment. As a result, Riva decided to delve deep into the Indian society of her girlhood, to weave some wayward strands of its patriarchal fabric as conflicts in her stories and create Romantic-Feminist fiction that encourages, supports and comforts young Indian women.  Riva also explores her passion for storytelling in film, as a screenwriter with Anil Kapoor Films.

Says Riva, “My generation of women, generation Z, is a lucky one. We have been raised to respect agency and to expect equality as the norm in both romantic and professional relationships, but unfortunately most people are still unfamiliar with these concepts which often leads to conflict in relationships- both personal and professional- and hence delicate navigation on the part of the girl, to emerge victorious. I like to think that I am, in fiction, documenting the real life modern heroines I know, and weaving their conflicts into humorous tales that entertain, comfort and encourage other young Indian women so that they may continue to keep their standards as high as their heels.”

“Arzu is a classic coming of age story transposed with the sparkle of a fairy tale, and the result is a heroine with guts, charm and real bite” says Tishani Joshi, author of The Pleasure Seekers, under whose tutelage Razdan sharpened her literary skills.

The novel is published by Hachette India and is now available on Amazon. 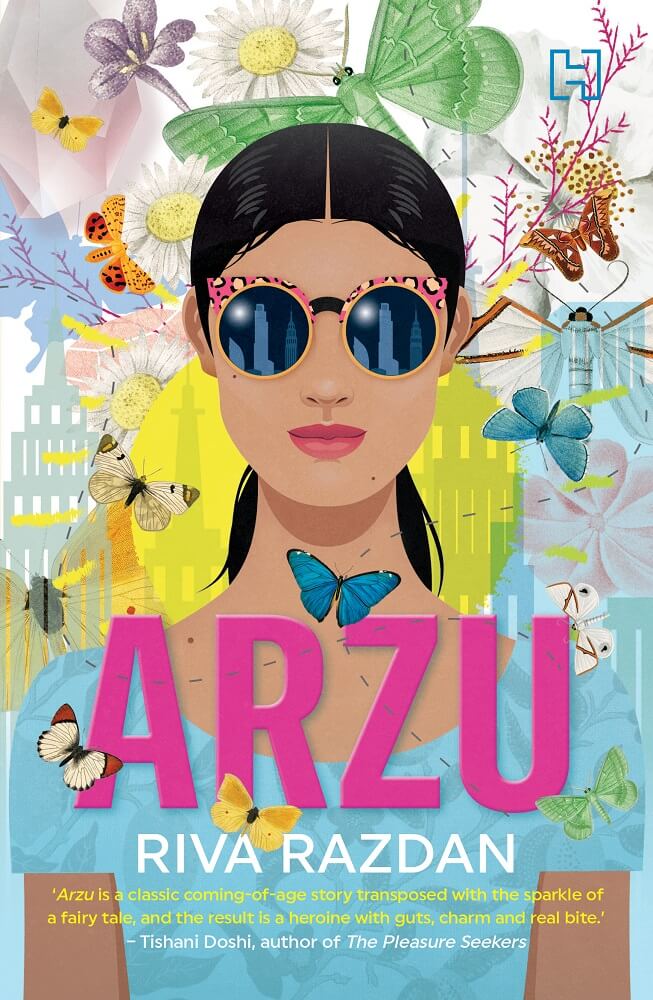