Pop’s rollercoaster ride has been kind to Katy Perry. In the 11 years since her international breakthrough, two reliable constants have been central to her success: she has a magician’s touch when it comes to edging her winning formula on with each release, and a slick ability to conjure up a parade of memorable pop tunes. Tanuja Gomes, CO- Founder and Co- CEO of Furtados School of Music Says, “Her personal, warm charisma and obvious dedication to empowering themes of self-determination and collective responsibility have created an army of supporters that have remained committed fans through each new creative change.” Such is Katy’s familiarity on pop’s central podium this past decade, it’s hard to believe that she has just four major studio albums to her name. As a master of the perfect pop single, however, the best Katy Perry songs have charted the evolution of pop music in the early 21st Century. 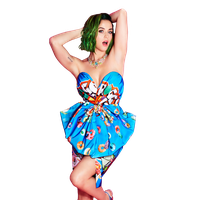 Now perhaps forever associated with its enduring role as the back-theme to myriad talent shows and triumph-over-tragedy true-life stories, this anthem of self-empowerment has sold more than 10 million copies in Katy’s homeland since its release in 2010. Created with acclaimed songwriter Ester Dean and producers Stargate and Sandy Vee, ‘Firework’ was the third single from the staggeringly successful Teenage Dream album, and its place among the best Katy Perry songs is forever assured. It has already been covered by scores of other artists and remains perhaps Katy’s most established standard to date. The song was nominated for Record Of The Year at the Grammys, but its legacy is far from complete: this is a melody so strong it may yet re-emerge in a worldwide hit many years from now, from an artist maybe not yet even born. ‘Firework’ remains Katy’s first true classic. 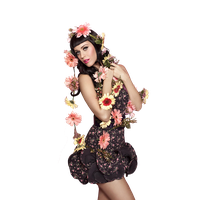 Drawing on the uncertainty of the world in 2017, Katy’s first single from Witness showcases her craft at its melodic height. Sia had a hand in this song’s composition, helping to create a finely balanced blend of electro balladry and all-out pop. It worked well in the clubs, but absolutely soars on radio and remains in regular rotation today. Production support from the reliable Max Martin and Ali Payami shaped the song into a sizeable hit, while it was performed at the 2017 Brits and Grammy Awards and got perhaps the best video treatment in Katy’s impressive collection to date. 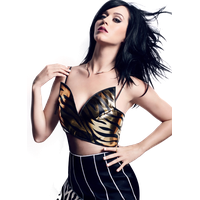 The novelty of this track might have positioned Katy as an amusing one-hit wonder from the get-go. It had something interesting to say, but there wasn’t much space for subtlety. Sometimes that’s what you need to do to get a new artist noticed, and this Cathy Dennis co-composition established Katy as a worldwide sensation. Its seven-week run at the top of the US charts helped this new-wave power-pop gem become something of a challenge: how do you follow that? Katy’s response was simple: no panic or need to revisit it; just unleash strong songs built around broader themes. ‘I Kissed A Girl’ trod a fine line between knowing humour and crass controversy in a less-enlightened 2008, but it certainly did the trick. 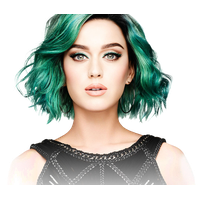 The plan for Prism was to create a darker record than anything that had come before. Echoes of that ambition remained in the eclectic nature of the album, but to launch Katy’s third major release, the boundless positivity of ‘Roar’ seemed compelling. It contains an anthemic chorus; is steeped in the positivity so central to Katy’s belief system; and, yes, that video treatment nicely delivered a cartoon narrative that had become something of an occasional trademark. ‘Roar’ was a huge success – a transatlantic chart-topper – and received scores of awards nominations acknowledging its place among the best Katy Perry songs.

Trailed as a promotional track for Prism, this strong cut was later picked as the album’s official third single in December 2013 and made it all the way to the top of the US charts. It was Katy’s most experimental single to date and the contribution with rapper Juicy J further developed the deeper urban direction her work was beginning to take. Sarah Hudson, the singer-songwriter behind UltraViolet Sound, co-wrote the song, which was the world’s second best-selling track of 2014.

A Quick Guide to Barceló Hotel Group Offerings in Dubai

This festive season, shower your loved ones with thoughtfully curated gifts that they will cherish