EYES SHOOTING LASER LIGHT, FLAMING CARS AND ALL THINGS DIABOLICAL AT THE LAUNCH EVENT OF THE BOYS SEASON 3 PRESENTED BY SHAHID KAPOOR

Amazon Prime Video’s much anticipated and loved series The Boys is all set to return for another head-popping season on 3rd of June. The fan-favourite and Emmy nominated series that has enjoyed loyal fandom since the drop of its first season, delves into the dark side of superheroes. Joining the fandom of the anti-hero genre is our very own superstar Shahid Kapoor – ahead of the Season 3 premiere worldwide, the actor took to the streets of Mumbai to showcase his excitement for the Amazon Original series and unveil a flaming stunt à la Homelander, a famous character from the show. 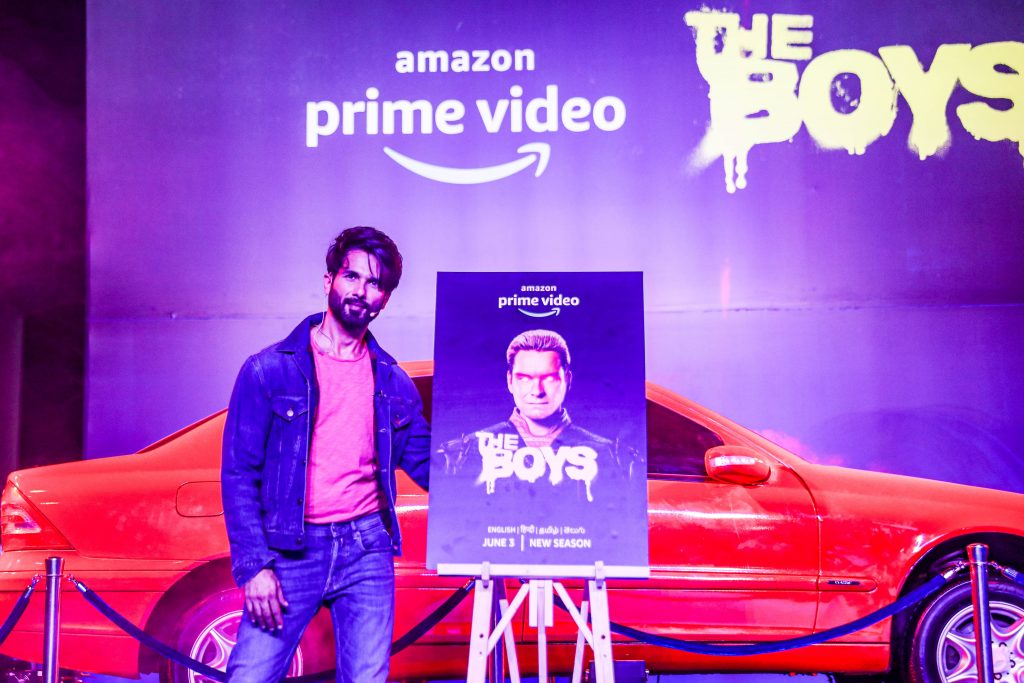 Shahid made a grand entry to the jaw-dropping b-boying moves of Kings United dance group performing to a foot-tapping, high-energy song. The daredevil actor then unveiled a curtained hoarding through an exhilarating stunt. The billboard had the image of the lead Supe from The Seven – Homelander, who shot out a laser targeting a nearby car with his deadly vision.

Speaking of the eye-grabbing super-hero like stunt that the actor Shahid Kapoor said, “I absolutely love wacky, dark humoured and action-packed entertainment. When I first heard about The Boys, I was immediately intrigued. I am thrilled to present this brilliantly bizarre show in my own capacity in partnership Amazon Prime Video. This is my own little crazy ode to the genius makers. The trailer has me hooked and I can’t wait to binge all three seasons.”

The Emmy-nominated drama will return with three gripping new episodes on June 3, followed by one episode every week, and ending with a wicked season finale on Friday, July 8. The eight-episode season will stream exclusively on Prime Video in more than 240 countries and territories worldwide and will be available in English, Hindi, Tamil and Telugu.

The Boys is a fun and irreverent take on what happens when superheroes—who are as popular as celebrities, as influential as politicians, and as revered as gods—abuse their superpowers rather than use them for good. Intent on stopping the corrupt superheroes, The Boys, a group of vigilantes, continue their heroic quest to expose the truth about The Seven and Vought—the multibillion-dollar conglomerate that manages the superheroes and covers up their dirty secrets. It’s the seemingly powerless against the super-powerful.