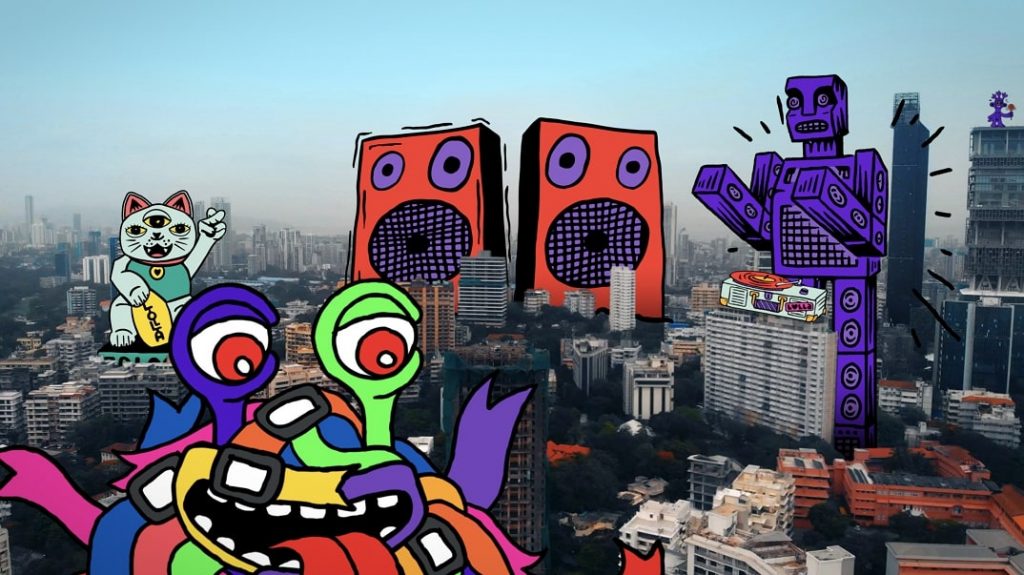 The world’s largest multi-genre Music festival, Lollapalooza is all set to make its India debut after traveling through 7 countries across 3 continents. This will mark the global festival’s first foray into Asia. The award-winning branded content vertical of Kulfi Collective – Supari Studios, has come together with Lollapalooza India, to create a launch video campaign, giving it a desi touch. The musical extravaganza will take place in the heart of Mumbai and it will possibly be the biggest music festival that India has ever witnessed so far. 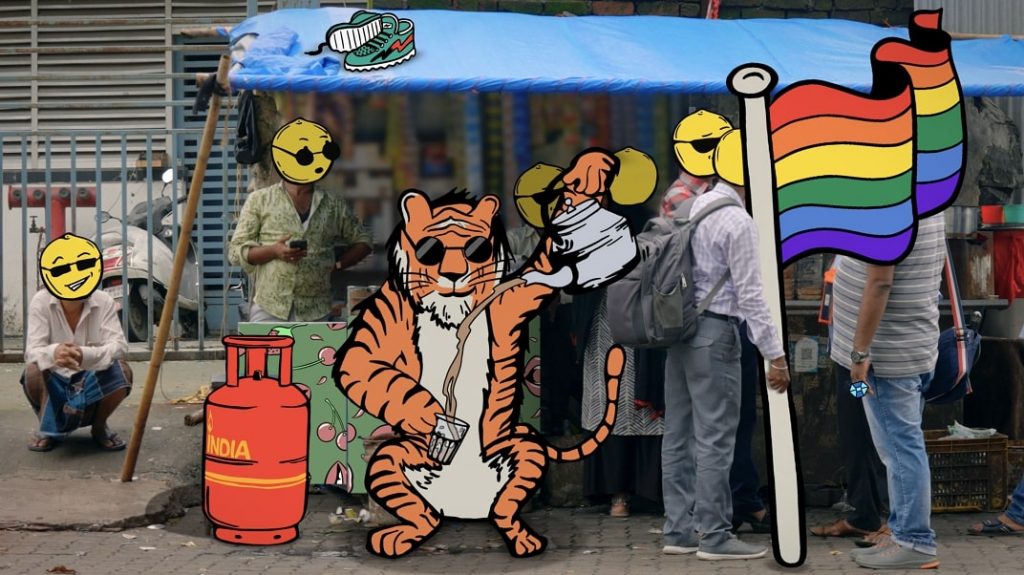 To translate this effectively, Supari Studios conceived a launch video for Lollapalooza India that uses visual language to narrate the story in a compelling and engaging manner. Furthermore, the animation treatment of the video perfectly complements the nuances of this narrative, thus successfully creating a visual treat for the audience. The branded content platform crafted an idea to showcase the cool Lollapalooza monsters from the global editions (that already exist for the brand Lolla), merrily taking over iconic buildings and places in Mumbai and navigating their way through to the final venue of the festival. 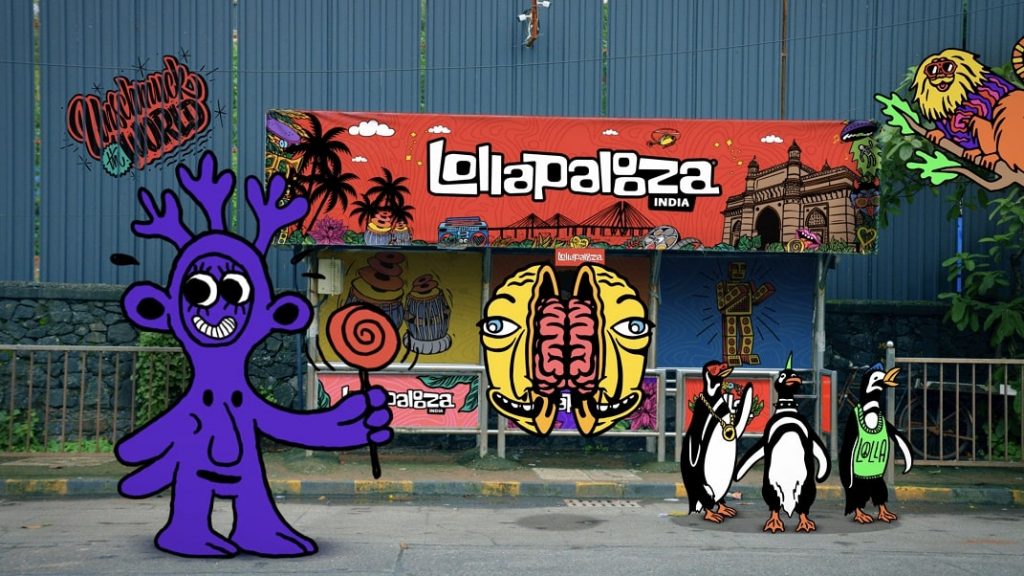 In the promo, Supari Studios has used a Shaman figure like a Purple-colored lollipop holding character, popularly known as the Lolla guide who has been guiding fans to the festival since its inception in 1991. Lolla has been featured as the main Hero and is seen flaunting the iconic SRK pose outside Mannat alongside other characters like the Wristband monster that took over the Gateway of India, the speaker robot, the lucky cat and many more.

Link to the video: https://youtu.be/8aIHroXChUM

Specifically, for the Indian edition of the festival, a few of the Indian characters like Tiger pouring chai, the Baby elephant with a Nehru topi, the Nimbu Mirchi, and Banta bottles that can be seen in the promo have been designed by Aaquib Wani Design studio. On the other hand, the animation of the characters for the promo was art directed by the brilliant Aaron Pinto (@kidsquidy) and his talented team of animators. The campaign targets the overall spectrum of festival-goers in India from newbies, casual goers and nerds who are yearning to attend a complete festival experience post lockdown and be a part of the legacy. 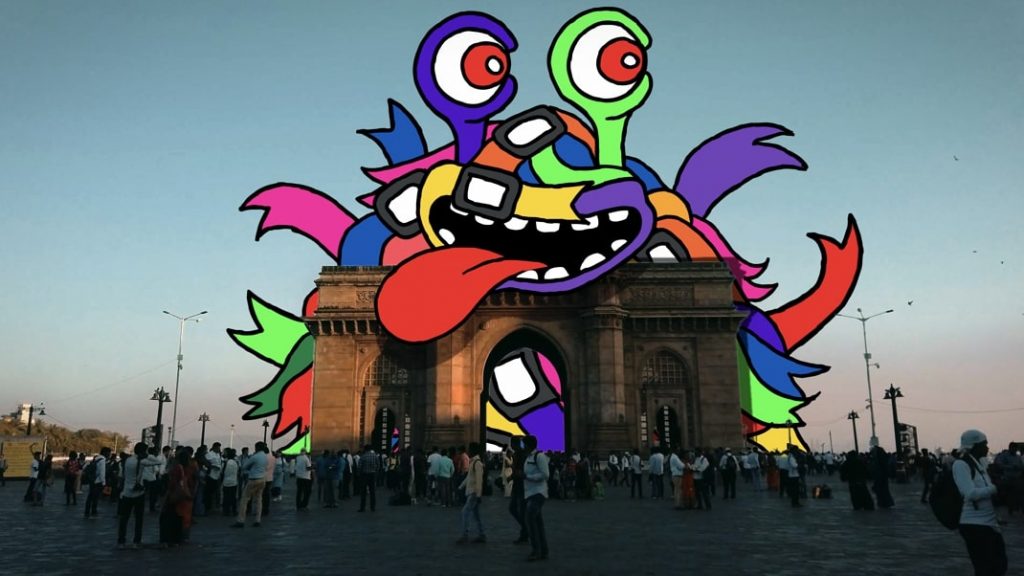 Senior Creative Director, Kulfi Collective, said, “Directing this piece in terms of timelines was a little challenging since there was a lot of animation involved. But we managed to pull it off in a record speed time of 8 days as we had a strong animation and post team. Overall it was a fun process editing and directing this piece that was a mix of animation and LIVE action. We got to show Mumbai getting Lollafied in our own cool, creative and playful way.”

Co-Founder and CEO, Kulfi Collective, stated, “When we were approached by Anuj and the team at BookMyShow to help launch an iconic music festival such as Lollapalooza in India, we were over the moon! We wanted to build a campaign that would manifest the spirit of the festival by bringing the entire Lolla universe down to Mumbai. And thus with a highly collaborative and incredibly talented crew from Aquib’s design, Aaron’s animation, Supari’s creative direction and BMS’ vision, we managed to put together our very own version.”

The captivating video not only adds to the rich storytelling of Lollapalooza India but is also a testament to Supari Studios’ expertise in delivering experimental and innovative visual content with a desi touch in the music landscape. Alongside Supari Studios, other renowned platforms like BookMyShow and C3 presents team came together to construct the video in terms of creative vision, alignment and approvals, and made the campaign a great success.

Supari Studios is an award-winning content studio that helps brands create differentiated, relatable and scalable video content properties for Gen Y & Gen Z audiences online. Over the past 9 years, we have undertaken 500+ projects that have garnered over a billion views for brands such as Red Bull, Google, Estée Lauder, Netflix and Asian Paints, among others. We are specialists in online video content and help brands engage with their audiences by blending content with strategy, creativity and technology.

Rezon Brings Us a Silver Lining in the Form of an Exclusive Exhibition Celebrating Five Years of Making Personal Spaces Shine!