• 60 films in 37 languages from across Europe and India to be screened at the 26th European Union Film Festival; EUFF to pay homage to Indian cinema legend Satyajit Ray
• The Festival begins from 1 November. Audiences can register through the Festival Scope and the EUFF website

Cinema, in all its forms, continues to be a powerful medium, which binds us, helps us to stand united, beyond all borders. It provides a medium to share our feelings, our fears as well as our hopes, a window into our innermost selves. Providing a “Window To Europe”, the much-awaited 26th edition of the European Union Film Festival will be available in its virtual avatar from November 1st onwards– featuring outstanding, award-winning European cinema that bring forth inspiring stories, all from the comfort and safety of our homes. It celebrates the diversity and depth of European cinema and culture. Film aficionados can register free of cost for access to the film festival and related events. The festival is organized by the Delegation of the European Union to India, Member States and associate countries, in collaboration with Indian and European partners. 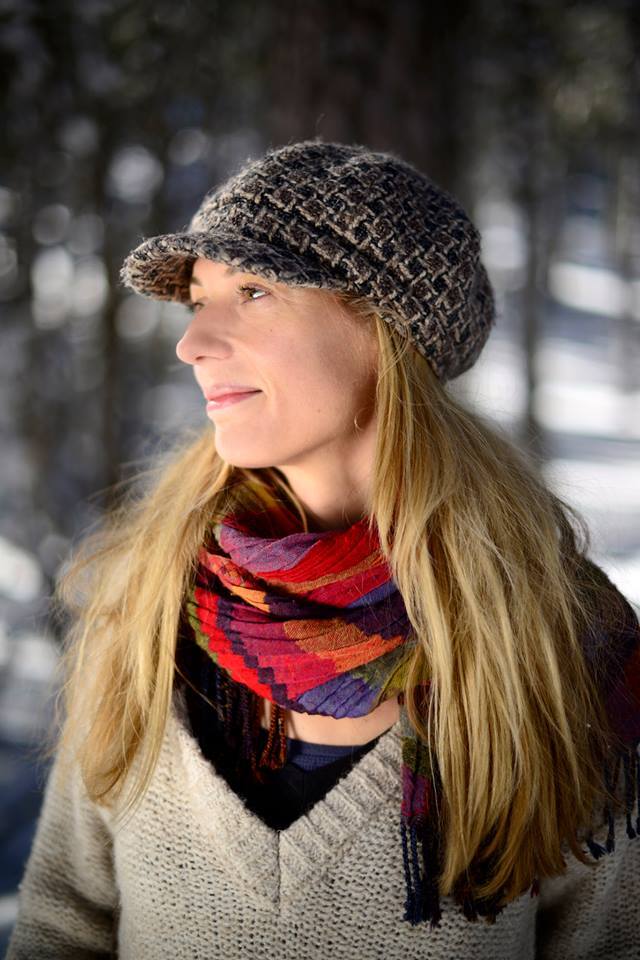 The month-long festivalfeatures an exciting line-up of 60 films, in 37 languages across 8 genresthat explore unique stories, experiences, and histories with artistic storytelling from across 27 Member States and associate countries, celebrating the most recent cinematic triumphs atCannes, Locarno, San Sebastian, Karlovy Vary, and Venice, amongst others. The festival will also pay homage to legendary Indian filmmaker Satyajit Ray, on his 100th birth anniversary, with the projection of the seminal PatherPanchali.A special contemporary Indian section, curated by the Dharamshala International Film Festival,includessix films in fourIndianofficial languages namely Hindi, Marathi, Malayalam andBengali.

The festival has something for every kind of cinephile to enjoy. From ContemporaryEuropean Cinema, European Masters of Cinema, Co-productions, a short film selection, films on climate change, Film Education, Contemporary Indian Cinema to Indian masterpieces, the festival will have eight sections.EUFF will pay tribute to Europe’s extraordinary cinematic legacy, byhosting, in collaboration with Il Cinema Ritrovato Festival, a unique set of fabulous films, that have been digitally restored and remastered helping bring the continentst’s formative films to new audiences and generations.
Commenting on the significance of the EUFF, H.E. Ugo Astuto, Ambassador of the European Union to India, said“The 26th edition of the European Film Festival will provide viewers a window to Europe, taking them in a journey across the Continent through the eyes of our storytellers. The very positive feedback after our last edition has encouraged us to include again a section on classic masterpieces from both Europe and India. We hope you will enjoy the month-long festival.” 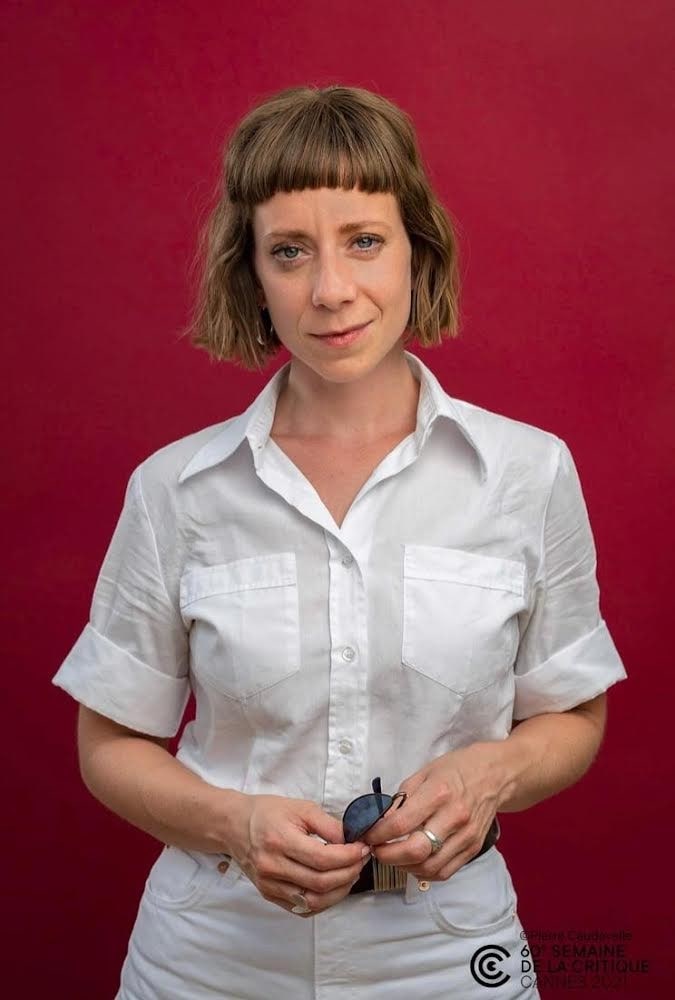 Curated by the film curator and programmer Veronica Flora, withValerioCaruso, Director of Cineuropa,EUFF India will take the Indian audience to a journey into the everyday life of people and countries, where the particular becomes universal, constantly poised between pain and joy, frustration and ecstasy, fear and courage.

EUFF film curator Veronica Flora commented,”The screen is a window. Cinema is a journey. Thanks to this extraordinary form of art, we have the opportunity to look out over the theatre of the world into the abyss of the human soul. Cinema gives an insight into our generation and lets us glimpse into the future. Through the wide and multiform variety of films presented in this EUFF India 2021 edition, we’ll get to know stories of people standing up together for their rights to equality and freedom; listen to the voices of children fighting to go to school andhear about our generation’s increasing awareness to defend our planet in the face of climate change.”

EUFF curator Valerio Caruso added,“EUFF India offers again to its audiences a great multi-sensorial cinematographic experience, immersing it in the musical mosaic of different languages spoken in Europe: sounds and intonations resulting from the historical, mutual influences between cultures. In their amazing intertwining of similarities and differences, we can again find the reflection of the wealth and strength of our societies.We will also bring to the audience a series of online side events featuring directors, producers and experts to reflect on the nature of cinema, in the context of growing international cooperation. During these talks, we’ll discover cinema’s interdependence with other arts – from painting to music, from theatre to literature, from poetry to photography – and the role of cinema as a fundamental tool for new generations.”
Kaleidoscope

Rich in genres, themes, influences and spread across generations, the films in this year’s line-up provide a distinctive window to Europe. The festival features eight specially curated sections: ‘Eurorama:European Cinema Today’, ‘Contemporary Indian Cinema’, ‘Poetry on Screen: Masterpieces of Indian Cinema’,‘Masters of European Cinema’, ‘Film Education: Growing up with Cinema’, ‘Green Cinema: Addressing Climate Change”, ‘Cinema together: Co-production in and out of Europe’ and ‘In a Few Words: A Short Film Selection’.

In collaboration with Il Cinema Ritrovato Festival, the line-up will explore the recent history of the continent as told by some of its most compelling chroniclers. From the pioneering Hungarian director MártaMészáros’The Girl, to Oscar-winning Closely Watched Trains by the Czech director Jiří Menzel, Roberto Rossellini’s neorealist drama Rome, Open City, and the essential The Last Stage by Wanda Jakubowska, this section provides a singular and in-depth look at Europe in the mid-20th century. 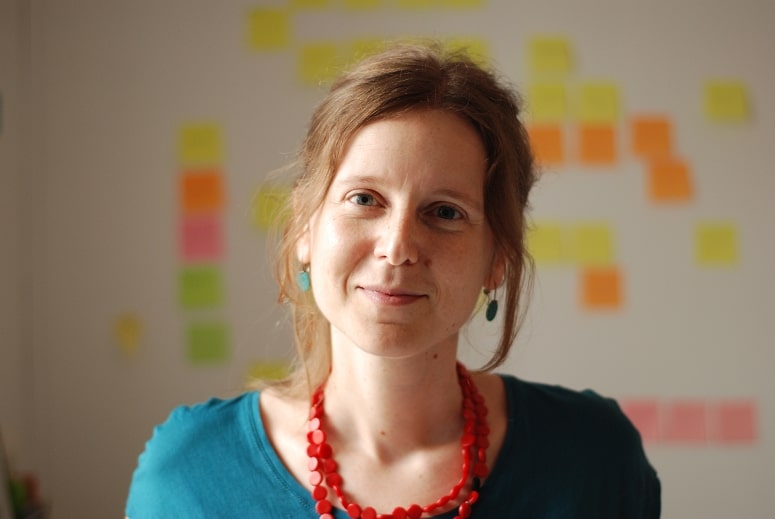 Furthermore, in this section, in the perspective of the interrelation between different forms of art, in the bicentenary year of the birth of one of the most famous writers of all time, Gustave Flaubert, the European Union Film Festival in India in collaboration with the French Embassy in India will celebrate his most emblematic and immortal masterpiece, Madame Bovary, showing Claude Chabrol’s 1991 film adaptation, starring the sublime Isabelle Huppert, accompanied by a focus on the archetypal character of the masterpiece of French literature, curated by InstitutFrançais and the French Book Office.

As a tribute to the enduring legacy of Indian cinematography and on the birth centenary of Satyajit Ray, in the section Poetry on Screen: Masterpieces of Indian Cinema, the Festival will offer viewers a deep dive into such classics as the seminal PatherPanchaliand the revolutionaryKalpanaby Uday Shankar. A contemporary Indian section has been especially curated by the Dharamshala International Film Festival, bringing to screens diverse in-depth stories from across the country.

Globally relevant issuessuch as climate change, gender equality, women’s empowerment,and LGBTQI rights are also addressed across the film selection. The climate emergency is addressed in a series of features and shorts, highlighting its widespread impact, and the solutions emerging from the crisis. Cinema doesn’t just tell us about climate change but can also directly act to contribute to combat it: during the linked side event we’ll enter the dimension of the increasingly widespread best practices of the “green shooting” protocol.

The festival will also feature a series of co-productions as a tribute to the spirit of collaboration in European cinematography, while film literacy and the promotion of audio-visual works find mention in the special section for young audiences calledGrowing Up With Cinema,which will take an inside look at film education with the participation of European and Indian experts.

Rich in genres, themes, influences and spread across generations, the films in this year’s line-up provide a distinctive window to Europe. They will be complemented by a number of special side events featuring European and Indian cinema industry talent, and will discuss the most pressing issues raised in the selection. Among Indo-European Exchanges most intense will be a script development workshop for professional Indian scriptwriters – the culmination of the Journey to Europe call launched by the Delegation earlier this year, and a testament to the Festival’s support for enhancing EU-India creative and cultural exchanges.Thirty young talented Indian scriptwriters selected by a call will be involved and supported in training activities during the Festival and two of them will be awarded with a cultural journey to meet the film community in one of the most important European film festivals to continue developing their film projects in 2022. 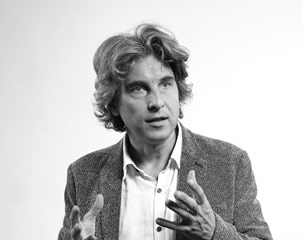 Tickets for the Film Festival and related side events will be free for audiences. Audiences can register through the Delegation’s website and social media channels. The Film Festival will run till 30th November. Once registered, viewers can log in at their convenience. Register here: https://www.festivalscope.com/page/euff-india-a-window-to-europe/
For more information on the EUFF visit: https://euffindia.com/ 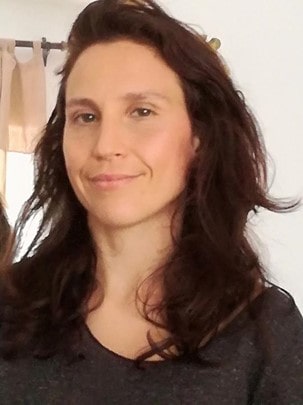 About the European Union

The EU, which consists of 27 countries, has the world’s second largest economy and its third largest population, after China and India. Though richly diverse, the countries that make up the EU (its ‘Member States’) are all committed to the same basic values: peace, democracy, the rule of law and respect for human rights. By creating a frontier-free single market and a single currency (the euro) which has been adopted by 19 Member States, the EU has given a significant boost to trade and employment.
EU-India relations: For over 55 years, the EU and India have worked together to reduce poverty, prevent disasters, expand trade, secure global public goods, enhance security around the world and promote joint research in energy, health, agriculture and many other fields of mutual interest. 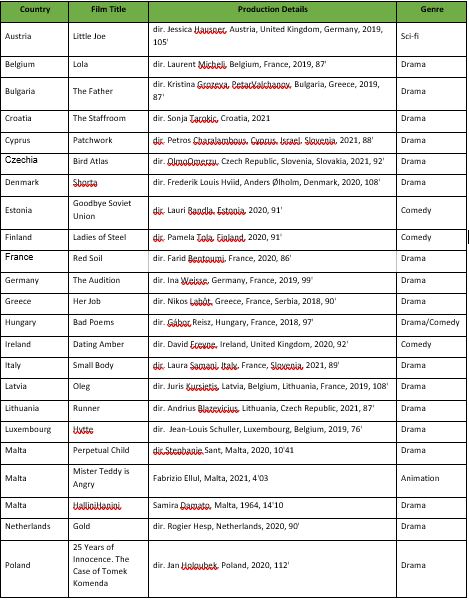 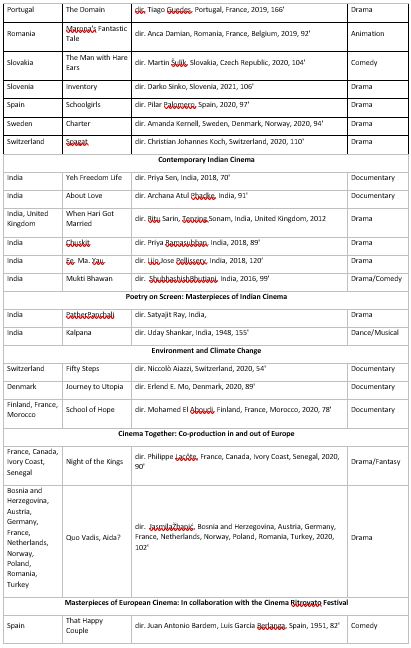 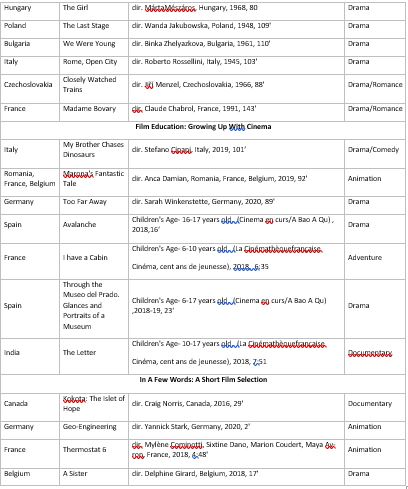 Celebrate Deepawali with unique and interesting gifting options from JAYPORE